302.5. Feedback Doesn't Always Want to Be the Champion

Feedback about how to get your Digimon to de-digivolve, Ashley's groan-worthy rejected title, idealized vs. realistic gender representation, and racial diversity in Japan, and Ask Podigious! answers about Digimon ships and lady ships. Plus the debut of an exciting new cohost! 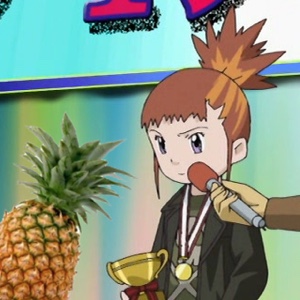